Since I’ve bough a new phone that is waterproof, and fast enough to give me instructions via the GPS, I wanted to build a good custom mount for it.

There are waterproof cases including mounts for the S8+ on Ultimateaddons.com, should you want to buy a case for the bike. The prices of these are also good, but they are only for phones without a case. Thus bringing me to this idea.

I’ve had some styrene sheet laying around, and began mocking up the outline of the phone including the case.

This is what I came up with: 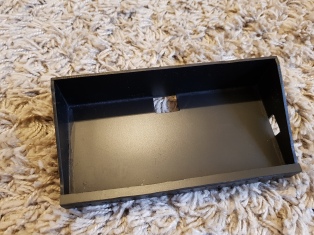 Mount without phone in it 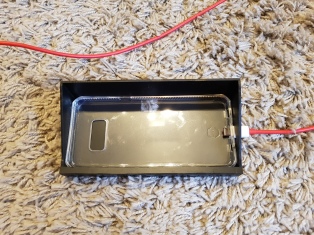 Mount with case in it

I painted it black, and wanted to test the quality of the work, which ultimatly failed by cracking the seam that holds the shade together.

Seeing this flaw in my design, but having already built a good platform, I began to improve it by adding another layer of styrene sheet to the original layers.
This needed some sanding to remove the seams between the glued pieces.

To reinforce it even more, I added some strips to the back side to cover those seams too.

Rear of the cover 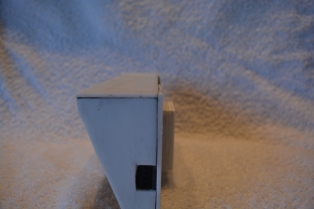 Side of the cover exposing the seams

As you can see, there is a hole in the back to put your finger through to remove the phone, because it’s locked in there tight, even without the charger attached to it.
The charging cable also doubles as a “lock” to keep the phone in place.
This works like a charm and is safer than just clamping it with a spring loaded clamp.

Phone inside the mount + cover

In the pictures above this text you can see how the charging port makes sure the phone doesn’t move. 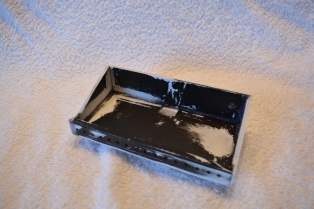 Holes on the bottom

Holes on the bottom

Here you can see that I’ve added drain holes to remove unwanted water from the dock, should it get wet. I tested this in the sink, and it works perfectly to remove the water inside.
This should also work when the bike is parked outside without the phone in it.

The cradle has been painted to make it look a bit better, and now has been mounted to the bike.

How to take it out

In the last picture you can see that the phone can be placed in the mount in one way, so it could never fall out on accident. It is a friction mount, so no locking hardware is needed (except for the USB-C cable) to lock the phone in place.

A few remarks:
I have bought a China-made RAM mount (X-grip copy), and the only things that are usable are the RAM balls.
They are made of a cast rubber ball on a hard (composite/abs) base.

I wasn’t aware that the original RAM arms are made of metal, which means that the arm is prone to cracking if you tighten it too much. This happened, and I’ve bought a genuine RAM arm since, and that works like a charm!

Here’s a video explaining (almost) everything should you want to watch it: